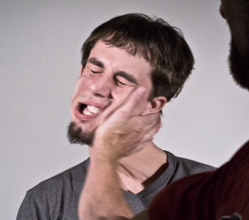 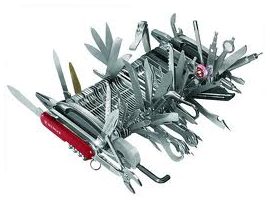 As a long time Apple geek, but newly minted iPhone user, I've been spending way too much time this week poking and prodding and petting my shiny new toy. Now it's not like I've never used an iphone before, and I've had an iPad since they came out, but in the process of switching to full time iPhone duty after years using BlackBerry, I've been absolutely delighted by the user experience. What's been the most striking to me is how in love with the experience of using the phone I am, even though it is obviously inferior to my BlackBerry in some ways.

When it comes to messaging, iPhone isn't even in the same league as BlackBerry. RIM's BlackBerry Internet Service push technology syncs emails in near realtime without destroying battery life, and when it comes to instant messaging, BlackBerry Messenger is a class by itself. Clearly, BlackBerry's technology trumps iPhone in one of the most critical mobile use-cases: messaging. The thing is, the rest of the iPhone experience is so good, I just don't care.

The iPhone user experience starts before you even open the box. Before you even hold the product in your hand, you have the experience of opening a meticulously crafted box that's so precise it doesn't even need the plastic it comes wrapped in to hold together. The level of craftsmanship and care that Apple lavishes upon its products is immediately obvious.

What struck me immediately after the always enjoyable Apple unboxing, was how sleek and solid the iPhone felt in my hand. My old BlackBerry Tour felt cheap, clunky, and unwieldy by comparison.

The next thing that struck me was the subtle magic of the iPhone keyboard. The first line of text that I typed on the iPhone was riddled with errors, but by the second the error rate had dropped significantly. The keyboard quickly and quietly adapted to my fat fingers, and just worked.

Another nice touch that seems so obvious that it's hard to even notice is how the state of the keyboard locks automatically when you switch from QWERTY to numbers and symbols. One of my pet peeves on my BlackBerry was the outrageously inefficient process of typing a phone number in a text message: alt-6 alt-1 alt-9… it sucked. And yes, I know there is some way to lock keyboard states on the BlackBerry, but I never bothered to figure it out, and that's the crucial difference on the iPhone: I hardly noticed it, and it just worked.

There are dozens, hundreds of other brilliant UX touches in the iPhone, like obscenely detailed transitions, and intuitive message refreshing, that make the device a joy to use, and allow me to totally look past fact that BlackBerry absolutely slays the iPhone when it comes to the backend infrastructure that serves email and messages.

It's 12:00 in the morning, and my alarm just rudely awakend me from a much needed nap after a 36 hour product release sprint so that I wouldn't miss the Verizon iPhone preorder. All I want to do is preorder my damn iPhone and go back to sleep, but after 3 re-trys at submitting the form, and 10 minutes staring at the page to make sure I'm not hallucinating from sleep deprivation, I am convinced that there really isn't a damn field on this form to specify a "Company Name." 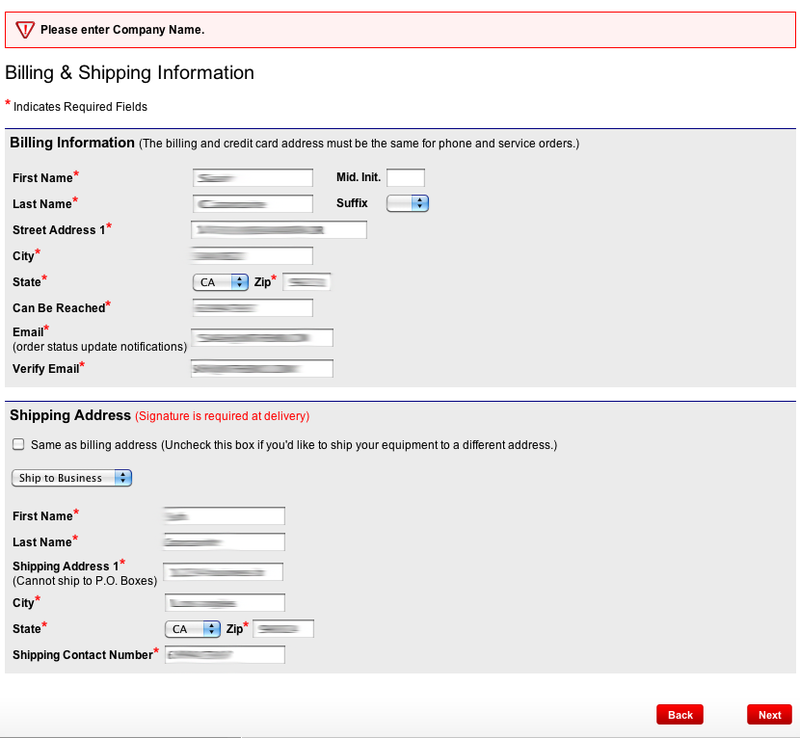 Finally convinced that the problem was Verizon's site, not my lack of sleep, I took a look at the code and immediately found the problem-- the "idShipBusinessName" field was simply set to "display:none" 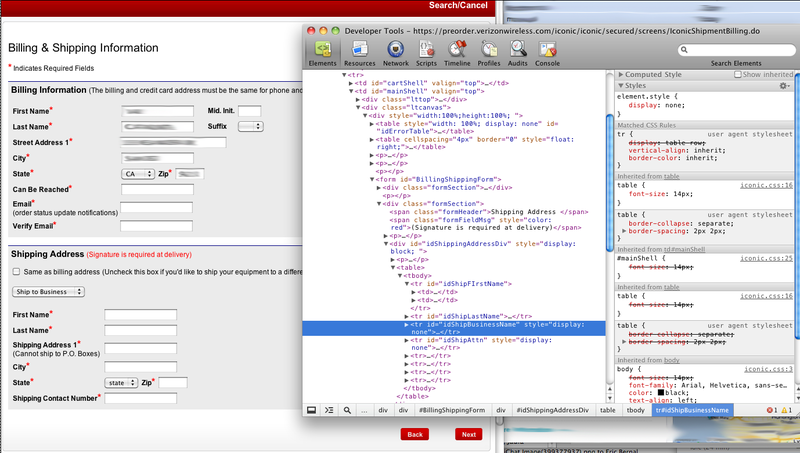 All I had to do was simply remove-the "display:none" using developer tools in Chrome and boom: "Business Name" field shows up. 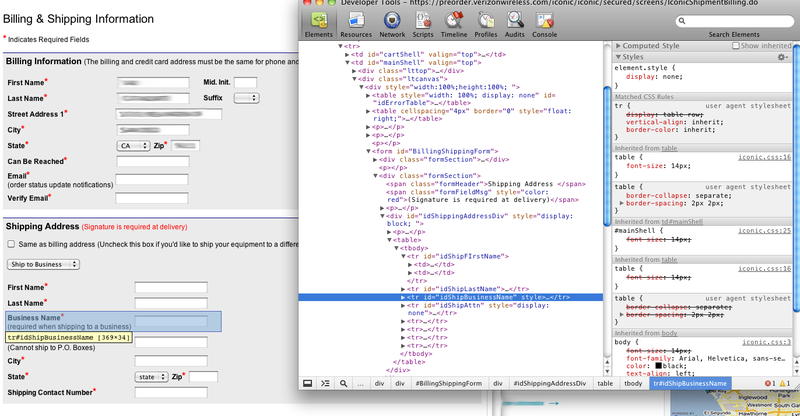 I resubmitted the form, finished pre-ordering the phone, then passed out and slept like a baby, feeling both stoked about having an iPhone on the way, and pretty smug about outsmarting Verizon's shoddy QA.
P.S. Verizon: if you're anticipating millions of people logging in to buy your product, you should probably test all the scenarios.